The Master Gardener Program in Jackson County started in 2000. Over 100 people have been trained since that time, and there are currently 8 certified Master Gardener Volunteers (MGVs) for 2019.

In 2018, Jackson County Master Gardener Volunteers reported 732 hours of community service, worth a value of over $17,568.

* using the current estimated dollar value of volunteer time in Wisconsin of $24.69 per hour, from Independent Sector.

Jackson County Master Gardener Volunteers created 13 topic areas for the Boys and Girls Club weekly sessions at the community garden. Each included a scientific level overview of the topics so the trainer can have an understanding of the subject, which they then need to present to the kids at an age appropriate level. Hands-on activities were included to better connect the kids to the topic. Since there are only 10 sessions with the club members, three of the topics can be rotated out so the kids do not get bored because of doing the same things year after year.

Introduced Pollinators to the Community

A Hugelkultur bed was established at the Spalding Community Garden and native plants were planted and used with the Boys and Girls Club. The Hugelkultur bed was built to avoid the problem with flooding at the community garden which destroyed the milkweed beds. It will be useful for demonstration because the attendees will be able to see pollinators in a natural setting.

An individual collected Monarch caterpillars and chrysalis from the wild and raised them for release. The rearing containers were brought to the Jackson County Farmers Market (twice a week from June to August), and the Karner Blue Butterfly Festival to show the different stages of the monarch’s metamorphosis. Details about the threats to monarch survival and how to raise them were presented to the general public thought a display and conversation. Having live caterpillars and butterflies makes the whole topic of pollinator protection more real to the general public. 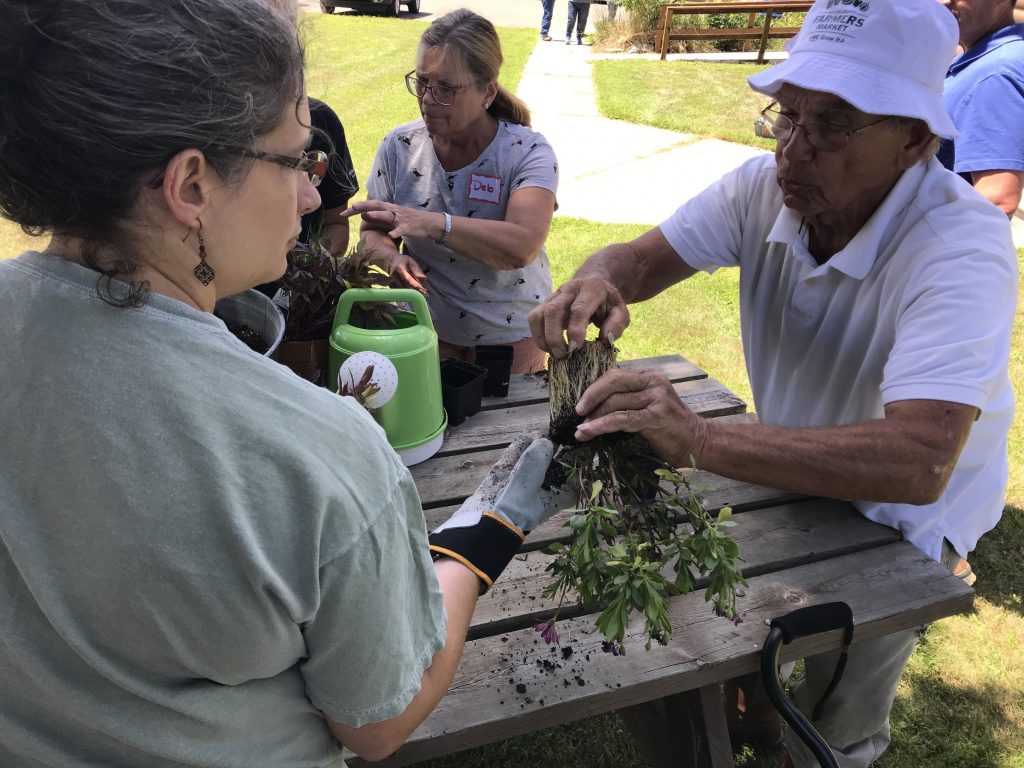 Where you can find activities by MGVs in Jackson Co.