The Master Gardener Program in Lincoln County just started in 2014. Six people have been trained since last year, and there are currently 4 certified Master Gardener Volunteers (MGVs) for 2016. The UWEX Educator facilitating the MG Program is Ag Development Educator Dan Marzu. 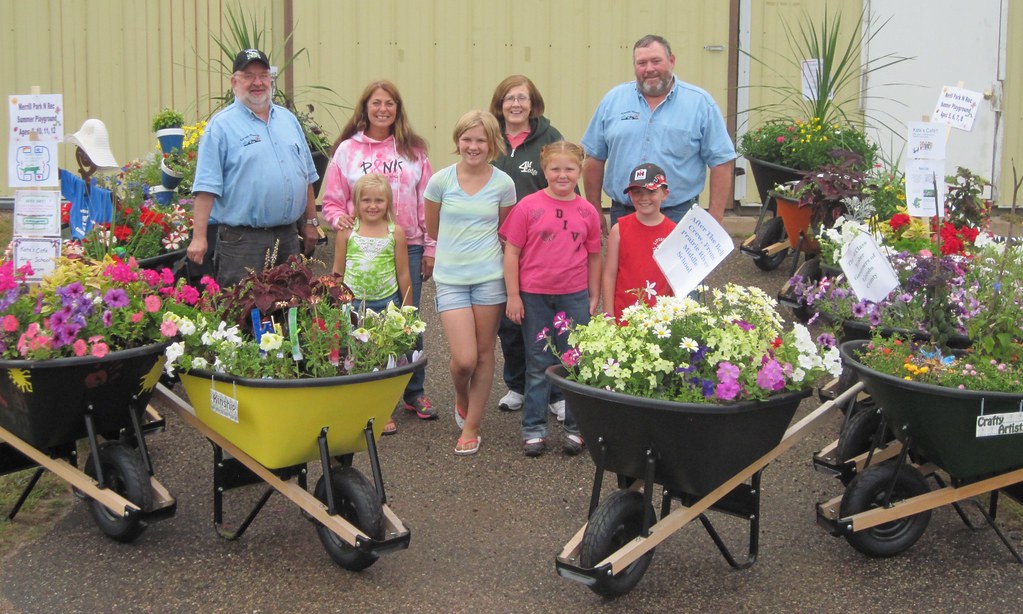 In 2015, Lincoln County MGVs started oﬀering plant clinics at the TB Scott Free Library in Merrill. These biweekly clinics were held on Saturday mornings starting in June and ending in August. In this initial year, six residents took advantage of the clinics. In addition, the MGVs did two site visits and did an ornamental garden plan outlining invasive plants to remove, pruning for trees and shrubs, and lawn care. In total the MGVs spent around 50 hours working at the clinics and in follow up work.

In 2014, Lincoln County MGVs met with the Merrill City Council to propose to landscape the roundabout that was overgrown with weeds. Once they received permission they developed plans, raised funds, and purchased plants and compost for the landscaping project. In 2015, they continued this project, puƫng in around 60 hours planning, planting, and maintaining the roundabout landscape to create an attractive area on this main thoroughfare through town to make the area more selcoming to visitors.

The Lincoln County Fair held a Wheelbarrow Garden Project for the second year. The Wheelbarrows are displayed throughout the fair and then are displayed in the community after the Fair. A Lincoln County MGV taught 29 students participating in the Prairie River Middle School in Merrill After the Bell program how to choose ornamental plants that will work well and last in the wheelbarrows. The MGV also assisted four additional after school programs with designing their wheelbarrows.

* using the current estimated dollar value of volunteer time in Wisconsin of $22.24 per hour, from Independent Sector. Cumulative value based on previous annual estimates.

Where you can find activities by MGVs in Lincoln Co.